Reliability tests test a specific behavior of your service, such as autoscaling CPU and memory, zone and host redundancy, and dependency failures. While a test is running, Gremlin continuously monitors your service's state using its Golden Signals. If any of your Golden Signals become unhealthy during a test, then the test is immediately halted and marked as a failure. Otherwise, it's marked as passed.

To run a reliability test, first click on the service you wish to test to open the Service Details page. From there, find the test that you wish to run and click Run. A modal window will appear asking you to confirm. To run the test, click Run again. The test will start and Gremlin will display details about the test along with its current status. On this screen, you can monitor the progress of the test and drill down into its execution details. If the test fails, you can see the cause of the failure. If the failure was caused by a Golden Signal, you can see which of the Golden Signals triggered the failure. 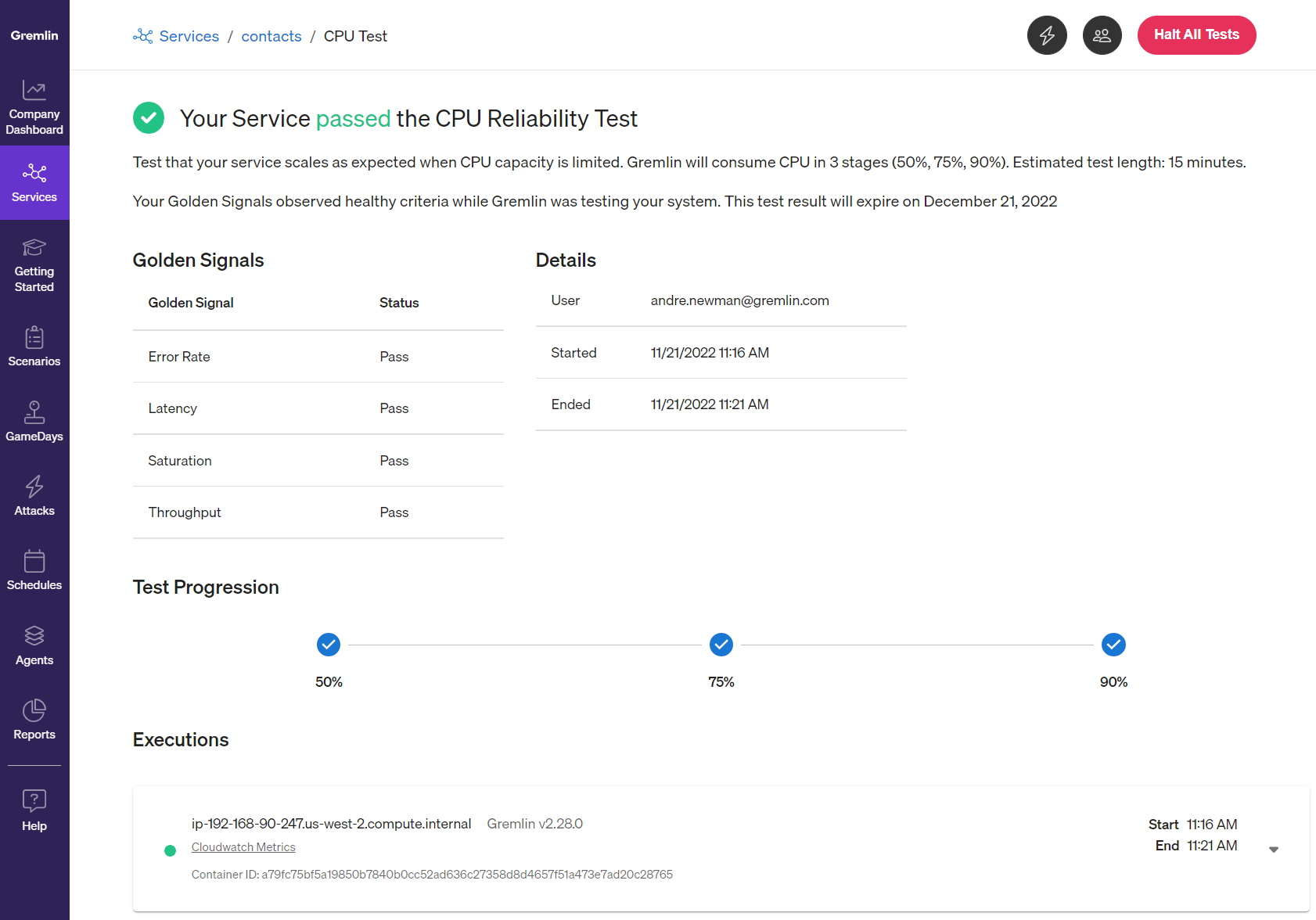 When you define your service in Gremlin and select its process name, Gremlin uses network traffic data to identify network resources that your service communicates with. It then lists these resources in the Dependencies section. For each dependency, Gremlin automatically creates three tests:

You can run these tests for each dependency and they will contribute to the service's reliability score.

A consistent testing schedule is key to improving a Service's Reliability Score. You can schedule Reliability Tests to run automatically during a weekly testing window. Gremlin will run as many eligible Reliability Tests as possible during the specified window and track the scores over time so you can see how it improves with regular testing.

You can set up a schedule to run:

Autoscheduling is optional. You can run the Reliability Tests manually if you do not wish to use autoscheduling.

To schedule Reliability Tests for a Service: